Fight for your freedom!

You have been captured by space pirates and now you have to fight as a gladiator, for the entertainment of others, to earn back your freedom. With your two trusty energy weapons you have to cut through a horde of gladiators whose only goal is to split you in two. 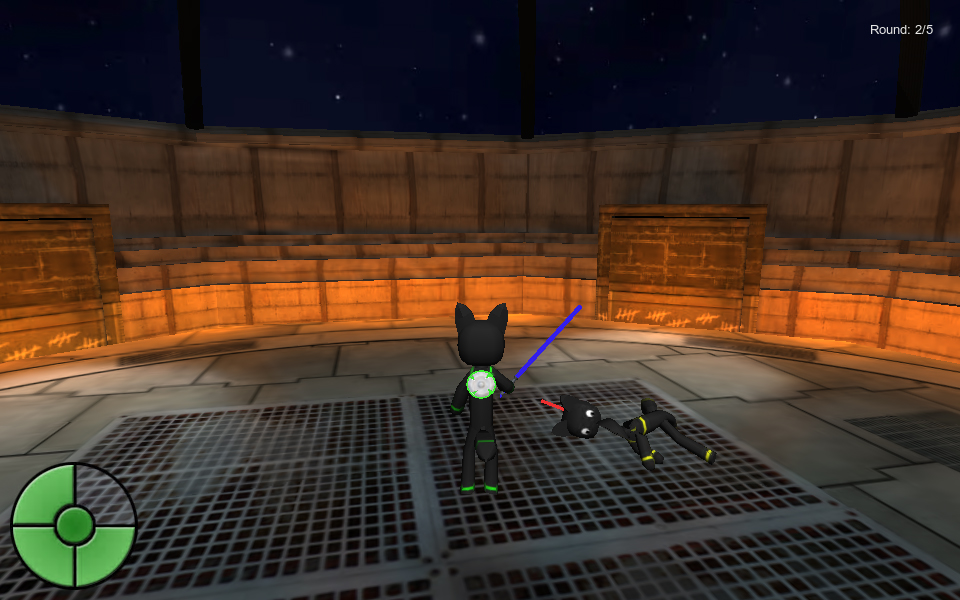 As a gladiator you now have to fight in the arena. There are 10 rounds filled with dangerous enemies to face. Your energy disc and sword can cut through any and often several opponents, but they too will have energy weapons ready with your name on. Stand in the middle of two disc-tossing enemies, and dodge at the right moment to see them take each other out in true Hollywood style.

The idea for the project has been with us for about two months, but the development was first started within the two weeks of the announced Unity Flash in a Flash Creation Contest. We plan on continuing the development of this game towards a more colourful and varied setting, while still maintaining the arena gameplay. The game will feature tempo-based action, light-hearted humour, and a big variety of even bigger weapons and enemies.